5 Women Cricketers Who Are As Great As Their Men Counterparts

5 Women Cricketers Who Are As Great As Their Men Counterparts

Even though women’s cricket and men’s cricket are not often compared, these players are so similar to their men counterparts that it is difficult not to compare their styles.

Shafali Verma, the women’s cricket team’s explosive opener, is often compared to the legendary opener Virender Sehwag of the Indian men’s cricket team. She secured her place in the Indian team at the age of just 15. She has since been breaking Sachin Tendulkar’s records with her breakneck batting pace, but Shafali is mostly compared to Sehwag in the cricket world, the biggest reason being the similarity in how they play. Virender Sehwag did not wait to get set to hit fours and sixes, attacking the bowlers as soon as he took charge. Shafali bats just like Sehwag. She doesn’t wait to set herself in, raining the ground with fours and sixes. 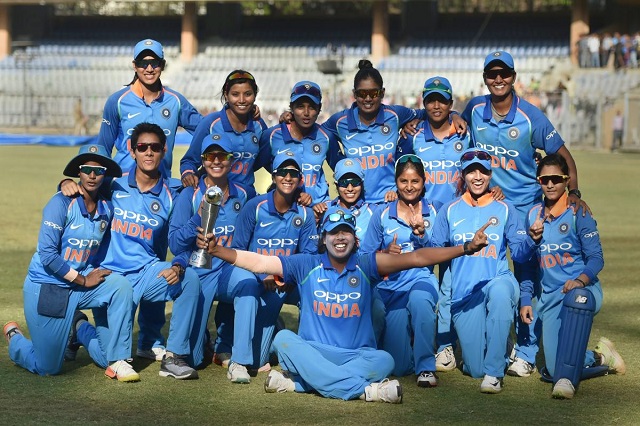 Women’s opener Smriti Mandhana is compared a lot to Rohit Sharma, the opener of the men’s team. As a matter of fact, Mandhana has made her mark in the last decade as an explosive opener, paralleling Rohit in giving a strong start to the Indian side. The left-handed batter has the right sense of building an inning, and just like Rohit, she is exceptionally renowned for giving a head start to the team, capable of playing some huge shots.

Mithali Raj is rightfully credited with the development of women’s cricket in India. As a matter of fact, Mithali brought about a paradigm shift in even how people perceived India. Mithali Raj is compared to the God of Cricket, Sachin Tendulkar for a couple of reasons. Mithali, just like Sachin, knows how to build and maintain a long successful inning with an air of sense and maturity. Their style of play is also often compared, because of their known liking for the cover drive shot. Mithali is also at the number 1 position in women’s cricket when it comes to runs in ODI cricket.

Indian women’s team captain Harmanpreet Kaur is often compared to Indian skipper Virat Kohli. Both players are known match-winners and have a lot of dependence on them. Just as everyone’s eyes fall on Virat if the openers flop, all eyes will be on Harmanpreet if the women openers are dismissed early. Harmanpreet has been awarded the Arjuna Award as well, just like Virat.

All-rounder Deepti Sharma is easily comparable to Ravindra Jadeja, all-rounder of the Indian men’s team. Just like Ravindra Jadeja, Deepti Sharma is known widely for her excellent fielding capabilities. Both of them are all-rounders and can handle the innings as required by the team. They are both left-handed players and are experts in taking wickets in the middle overs for India apart from batting well.