India’s pacers are incredibly talented. They push the boundaries for Indian cricket every year with their speed, accuracy and control of the ball. Here are seven of the Indian bowlers who have bowled the fastest balls. 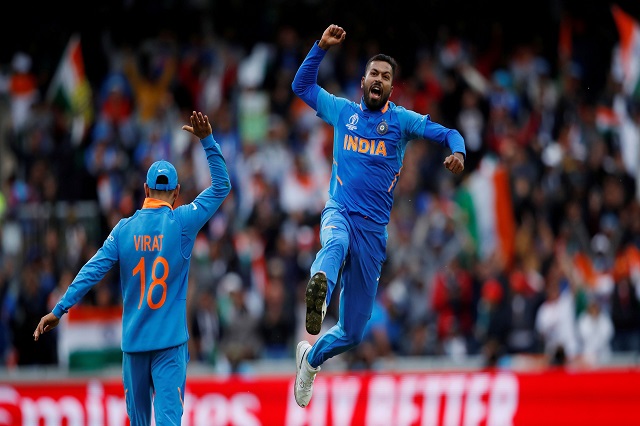 The fastest bowler in India till date is Javagal Srinath. Leading India’s pace attack for nine straight years, Srinath tops the list of Indian fast bowlers for his 154.5 kmph ball. For his speed and skill, he is often called The Mysore Express. Even after so many years of retirement, he still remains the only Indian fast bowler to claim 300 wickets in ODI Internationals.

Irfan Pathan was a bowler who set the standard for the Indian pace attack in the modern era. Irfan was the one to take the wickets of 3 important batsmen from Pakistan in the inaugural World T20 in 2007. He also became the first Indian fast bowler to take three wickets in the first over of a test match. The fastest ball delivered by Irfan Pathan is a whopping 153.7 kmph.

Boom Boom Bumrah was the fastest bowler in India in 2019. Selected by IPL team Mumbai Indians’ talent scout team for his odd action and consistency in bowling yorkers at will, Jasprit debuted in the 2015-16 series against Australia, soon becoming one of the fastest bowlers in India beating all others. He claimed the record of being the first Indian pacer to take five wickets in England, Australia and South Africa, all in the same year. Despite his short run-up, he generated power to deliver a ball at 153 kmph.

Ishant Sharma is one of the prime reasons behind India’s historic win at the Lord’s stadium in 2014, after 28 long years. A giant of a man, Ishant Sharma is, without a doubt, one of the best Indian fast bowlers of all time. The right-arm pacer delivered his fastest ball against Ricky Ponting during a Test match in December 2011.

Varun Aaron’s fluid run-up, followed by a short jump gives him the perfect body movement to deliver high-speed balls. His fastest ball clocking in at 152.5 kmph, Varun is probably one of today’s best Indian pace bowlers.

The ICC World Cup of 2015 saw Umesh Yadav as India’s highest wicket-taker. He is undoubtedly one of the most incredible Indian pacers to date. Playing domestic cricket since 2008, Umesh has several records to his name. Many Indian bowlers speak highly of his consistency in high-speed bowling. His fastest ball is recorded at 152.2 kmph.

Ashish Nehra is one of the best bowlers India has ever produced, and the fact that he is the second oldest player to represent India in T20 Internationals stands testimony to it. Even though he faced criticism for his injuries, Nehra is still one of India’s fastest bowlers, clocking in his fastest at 149.7 kmph.