Indian Cricketers And Their Superstitions

Indian Cricketers And Their Superstitions

However successful we become, we attribute some amount of it to luck. Success is always a reflection of your hard work and persistence, but luck is also a factor that cannot be ruled out. However, big cricket celebrities may be to the common man; they are also simple human beings at the end of the day. They also have superstitious beliefs that they might think might help them perform better. Here are some of the superstitious beliefs of some famous Indian cricketers. 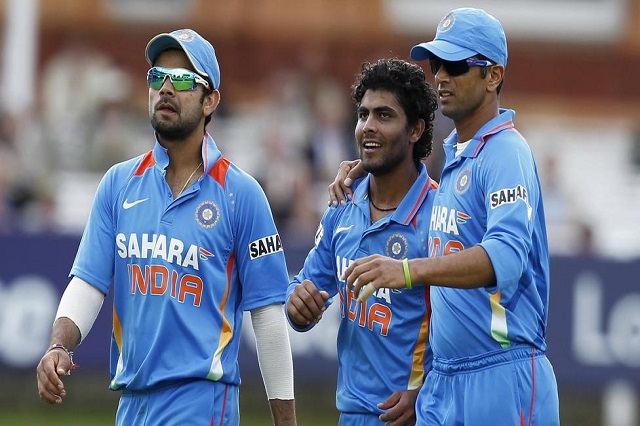 Sachin Tendulkar Wore His Left Pad Before His Right

The God of Cricket himself, the great Sachin Tendulkar, was a person who believed in superstitions. He thought that wearing his left pad before wearing the right one brought him better luck while playing. The player is no doubt a legend, and there is no correlation between that and his superstitions, but he believes it, and he shows it is worth it too. His wife Anjali also had a superstitious belief. She would sit at the exact same spot while Sachin was at the crease.

Anil Kumble, India’s highest wicket-taker, took all ten wickets against Pakistan in 1999 making him the second-ever cricketer to do so. However, the veteran player attributes this luck to something that he did. He believed that he would get a wicket every time he handed over his cap and sweater to Sachin. This trend continued throughout the match, and Kumble thought it too.

Saurav Ganguly And His Guru

Sourav Ganguly is a name that has gone down the history of cricket unfazed. Yet, he was yet another cricketer who had superstitions. He carried a photo of his Guru in his pocket, something he believed brought him success. He also used to wear rings and necklaces like a good luck charm.

Virender Sehwag started off his career with the number 44 on his jersey. However, he removed it on the advice of his numerologist. Numerology has nothing to do about his success, but he believes so.

Rahul Dravid and His Right Pad

Rahul Dravid’s face might be the one on those no-smoking ads, making him seem like a man with a modern outlook. However, he too was a superstitious person. He believed that wearing his right pad before his left pad gave him good luck. He was also said to have not used a fresh bat while at the beginning of a series.

Zaheer Khan became India’s key bowler after Kapil Dev retired, but the left-arm pacer was not without his superstitions. He used to carry a yellow handkerchief with him as he believed that it brought him good luck.