Indian cricketers always enjoy the love and respect of every citizen in India. Here are some of the cricketers who enjoy millions of followers on Instagram.

Virat Kohli, who is the current skipper for the Indian cricket team, is regarded as one of the best batsmen in the world. He has also been the skipper of the Royal Challengers Bangalore in the Indian Premier League since 2013.

Mahendra Singh Dhoni was the captain for the Indian national cricket team in limited-overs cricket from 2007 to 2016 as well as Test cricket from 2008 to 2014. He is the only captain in cricket history to win all ICC trophies.

Sachin Tendulkar is called the God of cricket because of his exceptional performance in the game. He also used to be a former captain of the Indian national team. He is the highest run-scorer of all time in International cricket, and the only person to hit 100 centuries in the game.

An all-rounder batting right-handed and bowling right-arm medium pace, Hardik Pandya is an exceptional cricketer who plays for Mumbai Indians in the Indian Premier League and is the younger brother of Krunal Pandya. 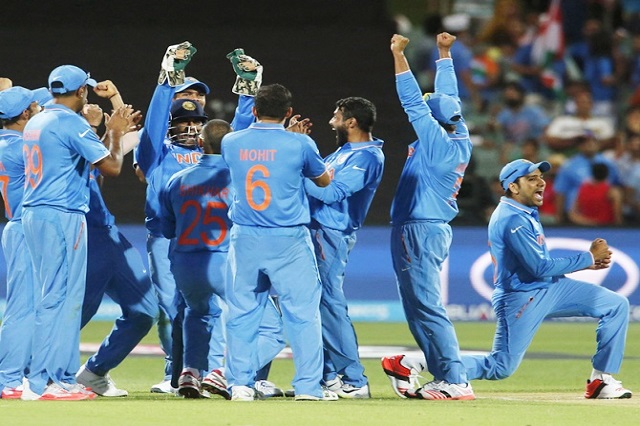 Suresh Raina is a fan favourite left-handed middle-order batsman and is an occasional off-break bowler. He is regarded as one of the best fielders in world cricket and is also known as Mr IPL for his performance in the Indian Premier League.

Yuvraj Singh is a retired Indian cricketer who used to play internationally in all formats. He is an all-rounder batting left-handed in the middle order and bowling left-arm off-break, Yuvraj is the son of former Indian fast bowler Yograj Singh. He is also the only Indian cricketer to hit six sixes in an over.

Widely acclaimed as one of the most destructive batsmen of all time, Sehwag played as an aggressive right-handed opening batsman. He is also known to bowl part-time right-arm off-break. He played his first ODI in 1999 and joined the Test team in 2001.

Harbhajan Singh, often known by his nickname Bhajji, is a specialist Indian off-break bowler who has played all forms of cricket. He holds the title of taking the second-highest number of Test wickets by an off-spinner, the top place being given to Sri Lanka’s Muttiah Muralitharan.

Bhuvneshwar Kumar, affectionately called Bhuvi, is an Indian international cricketer who has played all formats of the game. He currently plays for Sunrisers Hyderabad in the Indian Premier League.