Why Is Ganguly Known As The God Of Offside?

Why Is Ganguly Known As The God Of Offside?

Sourav Ganguly has had a wide variety of iconic nicknames during his long career. From the popular Dada to the ‘Prince of Calcutta’, the former Indian skipper is known by a lot of names. However, out of all the nicknames showered upon Sourav Ganguly, none of them is arguably more famous than “The God of the Offside”. The answer to why Sourav Ganguly is called the God of Offside in cricket involves the large variety of shots on the offside Sourav Ganguly used to play. In fact, Sourav Ganguly’s offside shots have a fan following of their own, with fans and former cricketers in awe of the ability of the player to play such shots. His offside shots have their own highlight reel on the internet, with the player’s square-cuts, square drives and cover drives finding the gap even in the tightest of field settings. Ganguly was renowned for making a lot of room after going outside leg-stump to hit the ball over the 30-yard circle on the offside if the ball had been bowled on the leg or middle stump. 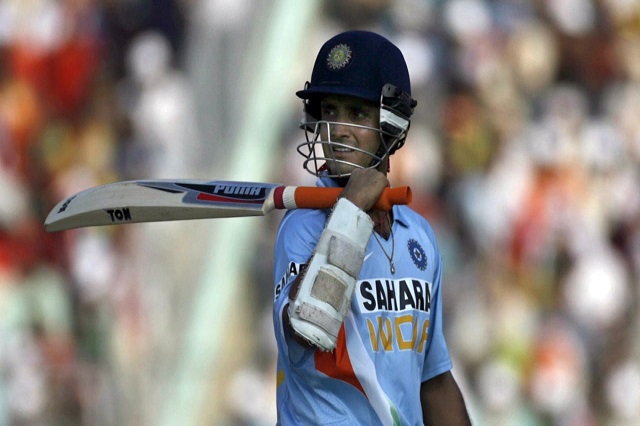 Sourav Ganguly is also admired for his offside play because of how he used to play spin bowlers. One of the most iconic shots played by Ganguly involved him playing the shot inside out, lifting the ball high over the inner circle. The fact that he used to prefer taking a leg stump stance also helped him in freeing up his offside, hence allowing him to play the majority of his offside shots quite easily.

While the former Indian skipper was indeed an exquisite player of the offside shots, the unique nickname was actually given to the player by a fellow teammate. This teammate was none other than Rahul Dravid. Dravid is once reported to have claimed that on the offside, first there is God and then there is Sourav Ganguly. This was what popularised his nickname, the God of the Offside, and it continues to hold true. He was an exceptional cricketer, pulling his team through the toughest times in Indian Cricket.